Social media is too much noise right now.

Even the biggest brands that were once getting a ton of traffic from places like Facebook are now reaching very few of their fans. One stat puts average Facebook reach at a paltry 6% (which means only 6 of your 100 followers actually see the post).

Social media is no longer a free traffic source unless you’re able to put all your time (and team) behind it – creating super-relevant, interesting content and engaging intensely and creating the sort of breakthroughs that BuzzFeed or Tastemade did in recent times.

So does that mean social media is dead?

I’m pretty sure you hear stories of how some online seller got X% ROI from a Facebook ad, or how someone’s traffic spiked by Y% using Snapchat. Stories like these are easy to find. What’s hard is to zero-in on the social channels that really work for eCommerce.

I wanted to find out what social channels truly matter in this day and age.

It’s no longer enough to start a Facebook page for your shop and start posting regularly. It’s no longer enough to just have an active profile on Instagram. If you want to truly get more traffic from social media and grow your online store rapidly, you need to focus just on the high-ROI channels within all these social platforms.

What follows is a list of all channels within the social media websites that can give you better ROIs than your usual channels like a Facebook page. 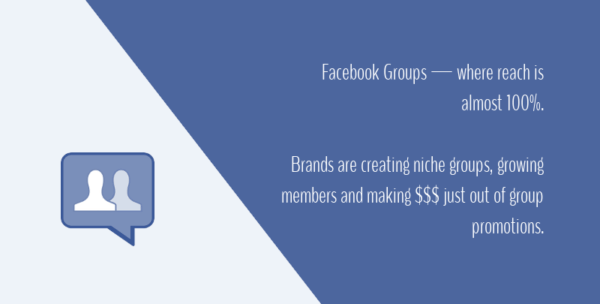 The owners of Flaunt Boutique wanted to beat the problems of low reach (on Facebook page) and the engagement problem on Instagram. They picked Facebook Groups.

In the months that followed, 50% of their sales came through Facebook Group posts. And what’s even more of a surprise is that just one post within the group led to sales of about $10,000.

Let that sink in.

Flaunt Boutique is not the typical big brand everyone knows about but it has certainly found a way to cut through the noise and reach a dazzling level of sales — all because of Facebook Groups.

Facebook Groups was once a dead product that has been revived recently. From local communities to activity-based groups, Facebook Groups has become the platform of choice for people to organize into teams, groups, communities etc.

And online sellers are cashing in.

There are a couple of reasons why Facebook Groups is a very profitable channel for eCommerce. 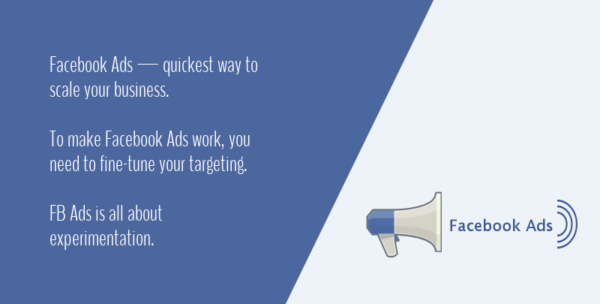 You know what they say about social media marketing these days? “Pay to play”.

And in some ways, it’s true. Facebook has been accused of tampering with organic reach just to get more people to advertise and Instagram’s recent changes are taking a toll on organic reach. Ads get you in front of more people than you can organically.

Do you know Canvas People? They’re an online photo print service just like a gazillion others. When they wanted to increase their sales, traffic, and brand awareness, they turned to Facebook Ads.

Coupled with beautifully-themed content in their ads (for instance, their ads spoke about special moments in life like engagement, having a child etc.), their Facebook ads targeted photographers, people interested in photos, moms, dancers, etc. Very creative set of targeting.

At the end of the campaign, they generated close to 4000 sales at an ROI of 1.5x. It’s not a huge ROI, but combine this with the fact that their page generated 180,000 likes and has continued to get more traffic through Facebook, you get the picture (pun totally unintended).

Facebook ads with the right kind of targeting are great for small businesses and eCommerce websites.

Facebook ads have had some bad rap amongst online sellers. It’s mostly because the targeting is either too niche or too broad (or too irrelevant). Arguably, targeting is something that can only be perfected so when you start using Facebook ads, you’ll probably burn a little money upfront. Fortunately, you can set as little as $5 away (per day) for Facebook ads and run tests every single day for a week or so. 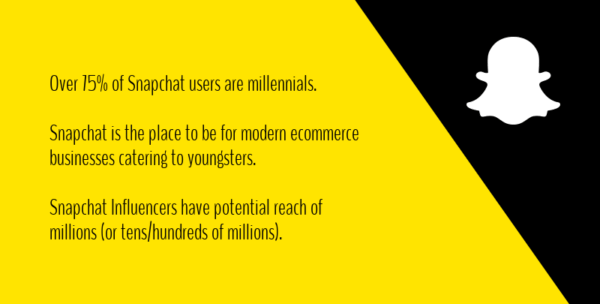 Wet Seal, a clothing brand, decided to increase its reach. For that, it collaborated with a social media influencer “MissMeghanMakeup”, an 18-year-old YouTuber, Instagrammer, and Snapchatter (all three are internet-age terms, please upgrade your dictionary).

The partnership — where MissMeghan was allowed to “take over” Wet Seal’s Snapchat account so she could post stuff and do her celeb-magic — led to Wet Seal winning the Shorty Award for the “Best Brand on Snapchat”. Interestingly, Wet Seal tapped very successfully into the demographic of teenage girls.

You’ve all heard the term and probably read a lot about it: “Influencer marketing”. I think it’s a fancy name for an old term: “endorsement”.

Many brands tie up with these celebs — also called “influencers” — in order to get their product in front of their audience.

Here’s my very brief rundown on how you can start with Influencer Marketing:

It’s not the complete scoop but the gist should help you get started in your own niche.

Snapchat is one of the most popular places to do this because: 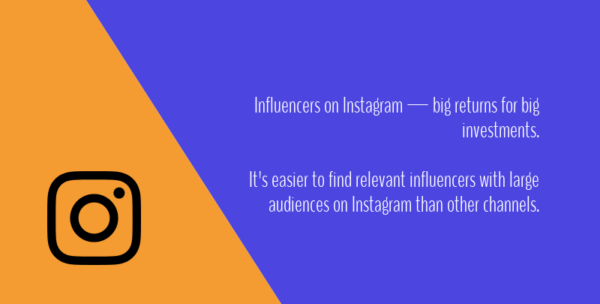 When I read stories about how a marketer got 200x ROI, I know it’s a one-off and something to take with a grain of salt. But what about when the ROI is about 16x?

The marketing team at Uwheels spent about $61,200 on Instagram Influencer Marketing and outreach. Marketing chief Jessica was able to reach out to popular celebs on Instagram and paid them to talk about Uwheels (or sent them a product in exchange for an Instagram photo and mention).

In the end game, Uwheels made close to $1,000,000 in sales through just those Instagram influencer posts. That’s an ROI of almost 16x.

Instagram is where the whole “influencer marketing” thing began in earnest. It continues to be one of the best places to find and collaborate with influencers to get traffic, sales and create brand recognition. 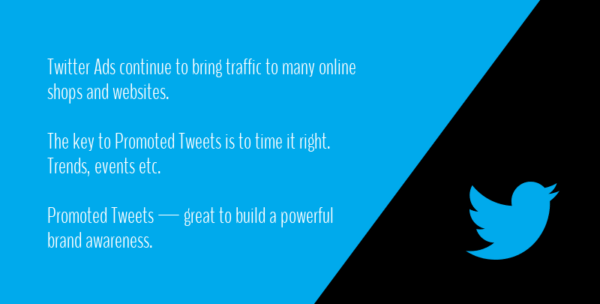 Twitter is a great place. But given the age and the noise prevalent on Twitter right now, it’s not a great marketing channel, especially for eCommerce.

Despite this fact, a few brands are able to drive traffic (and sales) using Twitter ads. For all the noise and population explosion on Twitter, “Promoted Tweets””do work in helping you reach a larger audience.

Heather Whaling, founder of prTini, writes about how her agency was able to generate a great ROI for a wearable tech startup in 2014. For a product whose starting price was $20, the agency was able to get a cost-per-conversion to $3, which is great — all using Twitter ads alone. 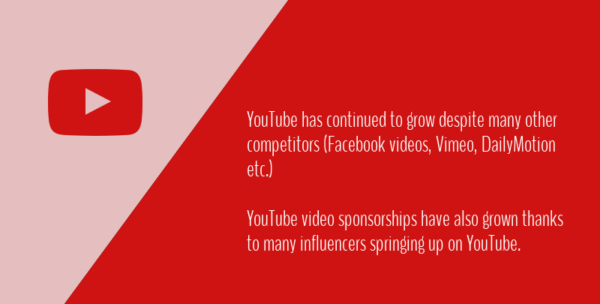 We all know YouTude ads. Pesky, annoying, and if there’s no “Skip Ad” button coming, terrible. But there is another way to get yourself in front of millions of viewers through videos which is not annoying to them.

If you’ve seen some popular independent YouTube channels like Blank on Blank, you will notice that they do a shoutout to a sponsor at the beginning / end of each video. (In this case, Squarespace).

These sponsors pay the video producers. Now, Blank on Blank and Squarespace are big players but you can seek out smaller channels that are still quite active and popular (in the 10k-100k subscriber bracket), and sponsor their videos. You pay the creator some money, the video creator then adds your brand and mentions it in the video.

Needless to say, high-relevancy to the video content’s niche and your market gets you better results. 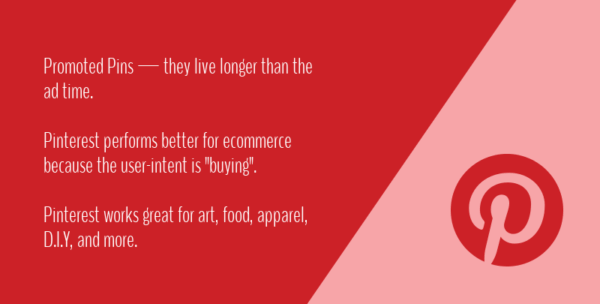 We’ve all heard about Ezra’s story of how he used Promoted Pins on Pinterest to generated $42,000 worth of sales with an investment of $780. (If you haven’t, it’s well worth the 10 minutes it will take you to read!)

Even though Ezra’s Pinterest success happened in 2014, when Pinterest ads were brand new, Promoted Pins continue to work great for a lot of businesses and brands.

When I think about things like home decor, D.I.Y. jewelry, apparel etc., I realize that most of the things I’ve saved are on Pinterest. Not-so-surprisingly, Pinterest is one of the most useful social channels if you are selling online.

A major reason for this is the user-intent. People save pins with the intent of purchasing the products later.

Data corroborates this idea. According to Pinterest, more than 87% of the Pinterest users purchased something after they saved a pin of the product.

With those metrics going for it, you’d think Pinterest is a great place to start. Well, again, we’d be too late here.

While Pinterest — like Facebook — has algorithms in place to ensure its users don’t get an information overload (which means your pins will be seen by fewer than you think), Promoted Pins are known to perform outrageously well for many brands; even the ones with relatively few followers.

One great thing about Promoted Pins is that they are known to get traffic even after the promotion. That is, even after you’ve stopped your Promoted Pin, the pin stays and continues to garner likes, saves, and traffic. That’s a beautiful after-effect almost no other social media platform can claim as of now. 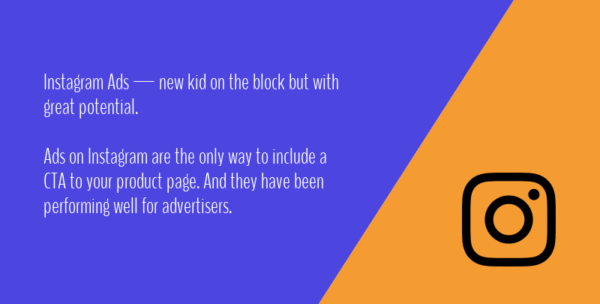 A cost-per-lead of under $1 is generally considered great. That’s exactly what Ethan of Social Insight was able to get in his 30-day Instagram Ad experiment.

Ethan spent a total of $1591 in a 30-day period (technically, less than 30 days) for an ad targeted at getting people to signup for a download. At the end of the test, which was truncated because Facebook reportedly throttled his ads, he had a final CPL of $0.91. In PPC circles, this is quite good.

Ever since Instagram rolled out its ad network, many brands have jumped on the bandwagon. After all, Instagram was working great already (before the newsfeed algorithm changed).

One of the glaring similarities is in the ad types. You can post photo ads or videos ads or carousel ads (which work pretty much the same way Dynamic carousel ads work on Facebook).

All the Instagram ads you setup are through Facebook’s interface and here again, it takes a trial-and-error approach to figure out the right kind of targeting.

Too often, pundits and online sellers are quick to dismiss social media as a very unproductive and unprofitable place to promote your business. And the generic numbers (taken out of context) don’t help.

Within the social media ecosystem, there are places (like the ones listed above) where you can derive a lot of ROI for the effort, money and time spent on them.

What’s next? Find out which of these channels work best for your market or niche and use them to grow your online business.

Chandru manages the blog at Around.io, where the team shares actionable insights about social media marketing for eCommerce. Around.io is a time-saving social scheduling and content discovery tool for online sellers. You can learn more about them via Facebook or Twitter.