After nearly 9 months of development, WooCommerce hit beta 1 last week. During that time, the 2.0 version went through 20 point releases for minor bug fixes and features. WooCommerce 2.0 had an impressive feature list when it launched and 2.1 continues that trend. This article will highlight some of the more popular new features, as well as some nice tweaks and fixes that you might not know about. Remember that 2.1 is currently in beta so some of the features discussed could change between now and the official release in January. 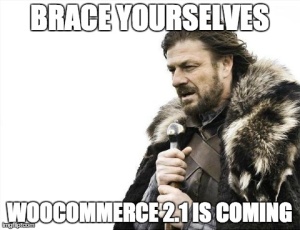 Winter is Coming too.

WooCommerce 2.1 will require WordPress 3.8 (which is in beta right now and slated to be released sometime in December; WPExplorer has a great overview). WordPress 3.8 has a brand-new admin theme that is a bold design and WooCommerce has updated their design to match. 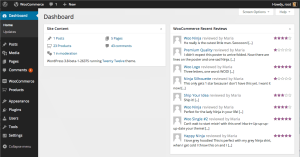 Adding and editing coupons has been completely updated to use an interface similar to products, with a vertical tab menu: 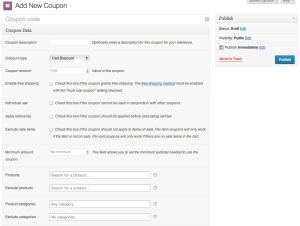 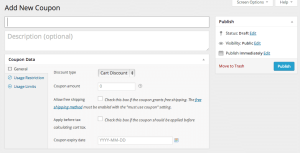 The product data icons have been updated as well:

The dashboard widget has been completely rewritten to be nicer and faster. It’s a great example of the new design trend with both WordPress and WooCommerce, which matches the overall trend towards “flat” design. Each section of the widget links directly to the relevant area in the admin.

WooCommerce has always excelled in reporting tools and 2.1 puts them even further ahead of their competitors. Aside from overall improvements in the speed and responsiveness, a new tab for customer reports has been added. You can now see information on guest vs. customer sales, new signups, and even a simple list of customers with their total number of orders and sales listed. Report data can now easily be exported to CSV as well. 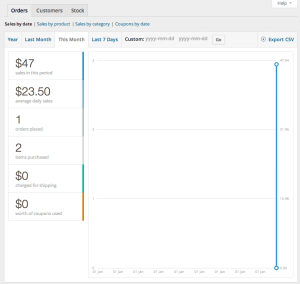 Managing orders is a daily task for store owners and it’s been improved again in 2.1. The Orders List has received a facelift and and now displays the billing address as a tooltip when hovering over the customer’s name instead of showing in the list:

Manually adding and editing individual orders is a feature somewhat unique to WooCommerce and this has been simplified in 2.1: 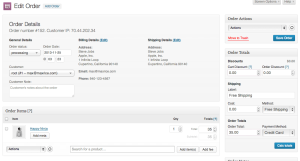 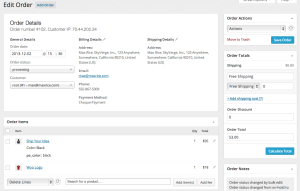 In the continued drive to make the core WooCommerce plugin as lean as possible, the core integrations (ShareThis, Google Analytics, ShareDaddy, ShareYourCart, and Piwik) are now separate plugins. This is a great move for two reasons: 1) integrations can now be developed and improved faster than the core WooCommerce plugin, which tends to release updates less frequently than smaller plugins and 2) the core plugin is now faster and more secure without needing to support features that are only used by a minority of users. This also means the “Integration” tab on the settings page is now hidden by default and only appears when you have an integration plugin installed and activated.

Usernames and passwords can now be auto-created for customers at checkout. WooCommerce 2.0 had the ability to create accounts at checkout, but the customer was still required to enter a password. Now the customer can simply check a box and the account is created for them with a temporary password. This will certainly improve checkout conversion rates by simplifying the process for the customer.

Most software has a nasty habit of adding more and more features over time without any consideration of whether features are still needed, can be combined with other features, or simply removed completely. This naturally leads to more settings to customize those features, which can be very confusing for new users. WooCommerce 2.1 is very aggressive in removing settings that are no longer needed or are better suited as developer-friendly filters, as well as reorganizing existing settings into more logical groupings.

Checkout-related settings like Checkout pages and Forcing SSL, along with Payment Gateways, have been moved to a new “Checkout” tab. The “Inventory” tab is gone and the related settings moved to a sub-menu under “Products”. Finally, a new tab for “Accounts” houses all the necessary settings for handling customer accounts. The end result is that the settings pages feel far more lightweight and easy-to-understand compared to previous versions.

Finally, the number of pages installed by default has been reduced from 11 to only 4! The pages installed are: Shop, My Account, Checkout, and Cart. Sub-pages (like Checkout > Order Received and My Account > Edit Address) are now endpoints, which makes them more reliable. 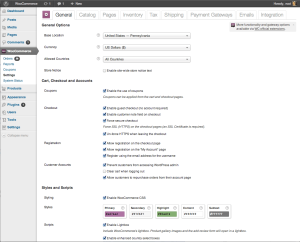 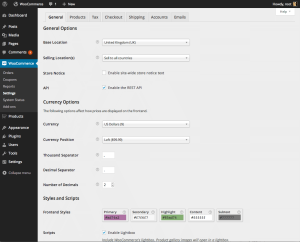 For you developers, WooCommerce 2.1 will ship with a brand-new REST API, supporting both JSON and XML output. This will make it significantly easier to integrate WooCommerce with backend systems and other services. It is read-only, with the exception of a single endpoint for changing order statuses. Even more exciting is that the new API makes mobile apps a possibility. The upcoming official WooCommerce iPhone app will make full use of the API when it’s released in February. 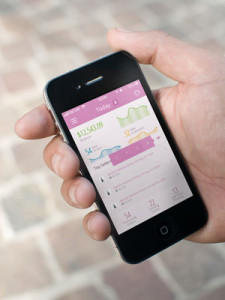 Dozens of Other Tweaks

There have been dozens of other small tweaks and improvements made, including but not limited to:

We can expect a few beta releases of WooCommerce 2.1, followed by a release candidate in early January, and a public release close to the end of January. There was a long gap between WooCommerce 2.0 (released in March 2013) and the planned release of 2.1, and the core developers have stated that they’d like to have a more consistent release schedule going forward. I think we can expect to see a new major release every 3-4 months. This should mean more focused, smaller releases with just a handful of key features. I think this is a good strategy as WooCommerce continues to grow and mature into the most popular eCommerce plugin for WordPress.

Max Rice is a frequent Sell with WP contributor and cofounder of SkyVerge. He develops eCommerce plugins for WordPress, and specializes in WooCommerce development. He likes writing articles about random WordPress and eCommerce topics.